Check out the bad ass album cover for the new DVD + CD "Live in LBC & Diamonds in the Rough": 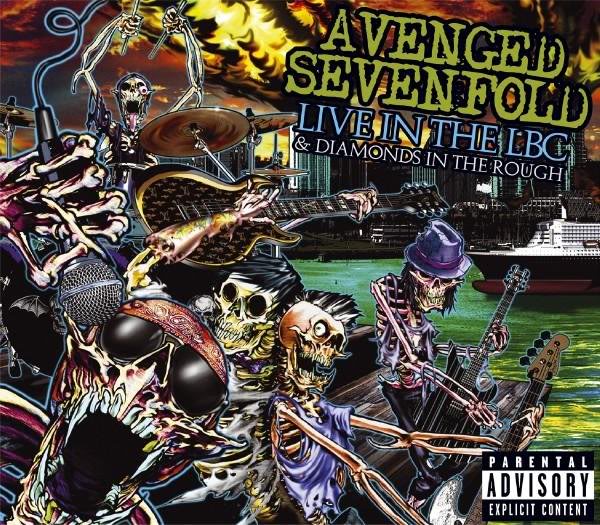 In a little more than a month Avenged Sevenfold will release "Live in the LBC & Diamonds in the Rough." Shot in HD + 5.1 audio, the first ever live Avenged Sevenfold Concert DVD from Long Beach Arena also includes previously unreleased original and rare music from the recording session from Avenged Sevenfold Self-Tilted CD, cover songs of Iron Maiden and Pantera, and special remixes.


On sale and pre-sale information for their September 16th release date will be announced shortly so get ready for the show of your life. Visit avengedsevenfold.com for all the info and updates.